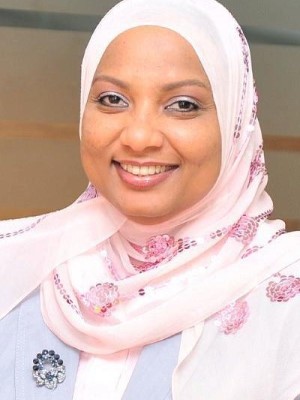 My name is Habiba Al-Hinai and originally, I come from Oman. I am Muslim and a women’s rights activist. I would describe Oman as a very conservative and traditional society, with strong rooted religious beliefs and moral values. FGM is widely practiced in Oman, because it is linked to religion and people deeply believe that it is part of the Islam. As a women’s right activist, I am deeply committed to the global abolishment of the harmful practice of FGM. In 2014, I therefore carried out a study about FGM in Oman, followed by an online awareness campaign about the damaging effects of FGM. Furthermore, I attended conferences, meetings and had spoken in several media channels about this issue.

My expectations to the Let’s CHANGE project are sharing experiences, networking and forming a strong team to spread awareness within my community and deliver our mission to the international community.