In 2009, the European Parliament estimated the number of girls and women affected by FGM at 500 000, another 180 000 girls are said to be at risk of being mutilated. According to UNHCR, Germany, France and the Netherlands are among those seven European countries where girls and women from FGM-practising countries mainly seek asylum. Female genital mutilation has become an important issue in terms of European migration policy due to the fact the people from i. a. Somali, Eritrea and Iraq are constantly immigrating to the European Union. Therefore, it is necessary to efficiently combat FGM in Germany, France and the Netherlands since it is a massive human rights violation and also a form of gender-based violence that needs to be abandoned.

In order to achieve this ultimate goal, TERRE DES FEMMES has already successfully initiated several other projects to overcome FGM in the European Union: The two predecessor projects CHANGE and CHANGE Plus provided initial experience on the cooperation with national and international civil society actors. This time, the European Commission has again granted its financial support for another project called Let’s CHANGE, thereby allowing this Europe-wide cooperation to continue its work against this traditional harmful practise and also allowing the sustainable implementation of suitable actions.

Similar to previous projects, TERRE DESS FEMMES is the coordinator of the Let’s CHANGE project and will actively participate in its realisation. Project partners are Plan International in Hamburg, FSAN in the Netherlands and Equipop in France.

Even though the problem of FGM is a cross-border issue that involves a transnational dimension of that practise, Let’s CHANGE builds on the same methodological approach as previous projects that is, the particular value of local cooperation with affected communities. This approach has turned out as extremely successful and promising regarding the prevention of FGM in Europe. Furthermore, it has been acknowledged as best practice by the European Commission. The approach chosen in Let’s CHANGE takes the “we”-approach, which means that the motivation to raise awareness about FGM comes from the communities themselves. Representatives from different FGM-affected communities declare their voluntary willingness to become trained as so-called CHANGE Agents. Becoming a CHANGE Agent means that they undergo a six-month training programme containing all topics around FGM. Following the training, the CHANGE Agents are then expected to implement their own activities sensitising on FGM, so called Behaviour Change Activities (BCAs). In this way, FGM will no longer be a taboo subject in diaspora communities and people will be able discuss the consequences of this practise. Altogether, those newly recruited and educated CHANGE Agents will contribute to a long-term change in attitudes and behaviour towards FGM in their communities.

But Let’s CHANGE not only comprises familiar strategies from CHANGE and CHANGE Plus, it also initiates a completely new strategy targeting experienced CHANGE Agents from predecessor projects. CHANGE Agents from previous cooperation will undergo a newly developed training program that builds on the training curriculum for CHANGE Agents. In this way, they develop their skills and become CHANGE Trainers. Being a CHANGE Trainer qualifies them to educate key professionals that get in contact with affected women or girls at risk, especially professionals from the social, pedagogical and medical sectors, and to provide advanced trainings on FGM. The rising demand for direct training of professionals shows a desperate need of experts on FGM and how to react to it.

Apart from that, CHANGE Trainers fulfil a mentoring function for the new generation of CHANGE Agents as they share their experiences and lessons learned, and provide support for the implementation of BCAs.

Due to the fact that FGM is not only an African issue but also practised in Asian countries as well as the Middle East, Let’s CHANGE aims to include and train members from those communities, as well. As a consequence, TDF and the partner organisations intend to integrate CHANGE Agents from Iraqi, Indonesian, Malayan and Afghan Diasporas.

In the end, the project’s objectives are the recruitment and training of 32 newly committed CHANGE Agents, the implementation of 152 Behaviour Change Activities within affected communities, the recruitment and training of 24 CHANGE Trainers and the implementation of 72 training sessions for key professionals throughout the European Union. Finally, Let’s CHANGE establishes a EU-wide network of FGM-experts that contributes to the fight against FGM. At the same time, the project’s vision to end FGM in the European Union is disseminated through international cooperation and networks. 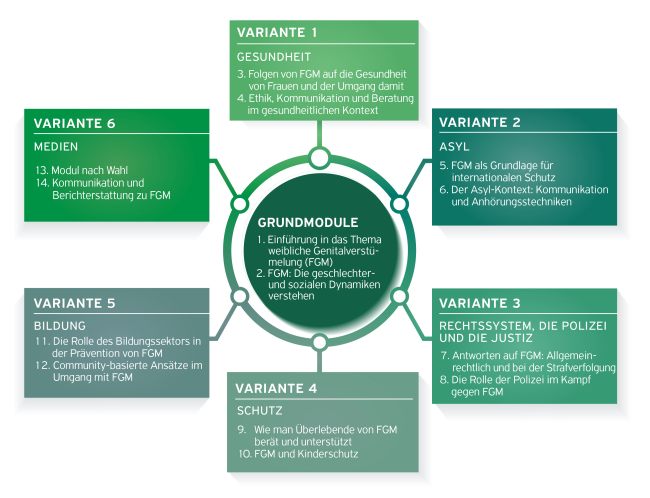 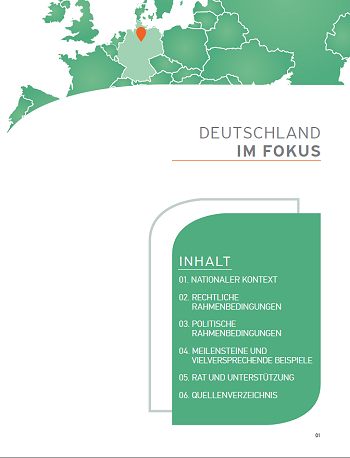