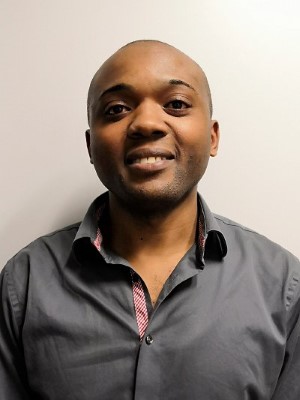 My name is Franz Evariste Kapnang. I was born in Kamerun and I’m Mbamiléké. On Sundays, I like to go to church and I like listening to gospel music.

Since 2010, I’m an activist against FGM in Africa and Europe. In 2015, I took part in the project CHANGE Plus as a CHANGE Agent. In the course of this predecessor project, people from FGM affected communities have been trained to be multipliers. This amazing project was led by TERRE DES FEMMES.

During the two years of CHANGE Plus, I have learned a lot about FGM and I organized several activities in order to sensitize about this terrifying practice. My implemented activities raised a lot of awareness because they have been well received.

It is only a question of time to end FGM. We need to fight further and don’t give up! If more men were participating that would be really good. Regarding the new project Let’s CHANGE, I hope that we reach our goal as soon as possible, although it’s a very big challenge.