Lakia Association for the Improvement of Women’s Status, Israel/Palestine – Empowering women through education 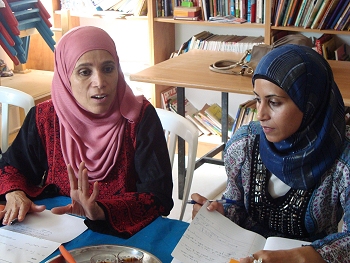 Naama AlSana, the director of the Desert Embroidery Project and Asmaa AlSana, the executive director of Lakia. Photo: © Ines FischerArea of intervention: the Bedouin settlement Laika (close to Beersheba), Israel

Founded and managed by Bedouin women, the work of Lakia Women’s Association concentrates on (educational) empowerment of girls and women, promoting their freedom of choice and independence.

Your support is needed:

You can also directly support the participants of the Project Desert Embroidery.

Support Lakia with a one-time donation or contribute regularly and become a sponsor!

You can also donate to the following account, using the keyword “Israel-Palestine” as a reference for your payment: