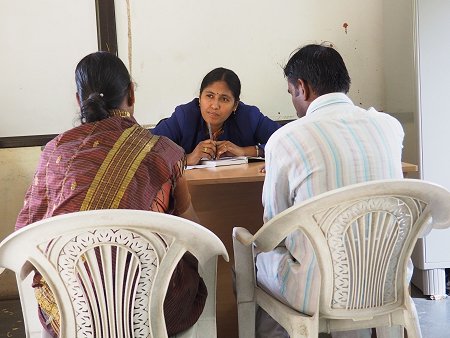 Target group: Girls and women threatened or affected by by domestic and sexualized violence

BHUMIKA Women’s Collective advocates the establishment and improvement of comprehensive psychological and legal support systems for girls and women threatened or affected by violence. Other important aspects of their work are prevention of violence and political lobbying.

Support BHUMIKA Women's Collective with a one-time donation or contribute regularly and become a sponsor!

You can also donate to the following account, using the keyword “India” as a reference for your payment: