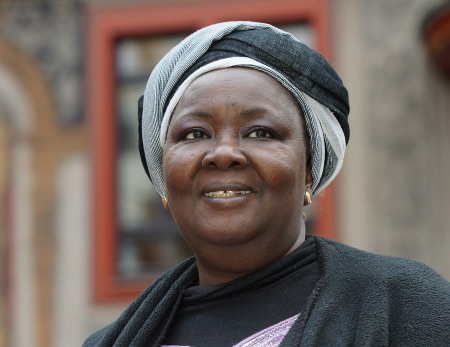 “Women need to be empowered in every respect and especially against traditional, harmful practices, so that they gain more self-confidence and can decide independently. This is the only way we can defeat the female genital mutilation one day. That is what we stand up for”
Rakieta Poyga

Project area: three provinces in the Mossi kingdom: Kadiogo, Sanmetenga, and Nahouri, as well as districts of the capital Ouagadougou and surrounding villages, Burkina Faso

For 15 years, Association Bangr Nooma (meaning “There is nothing better than knowledge”) has been working to end FGM. 300 members and staff members conduct broad sensitization and information campaigns over a period of several years, in order to reach out to a whole district or village.

Some approaches and campaign activities:

Furthermore, the Association Bangr Nooma medically supports girls and women that suffer from the painful consequences of FGM. The association is connected to Prof. Dr. Akotionga, who offers emergency operations to those experiencing pain after being mutilated. ABN serves as a point of contact between the doctor and the women and also accompanies them to the medical interventions.

Centre for protection against violence (CAECF):

The centre for protection against violence offers support, as well as psychological and legal assistance to girls and women that are affected by any kind of violence. Discussion groups, as well as house visits give the women the opportunity to exchange their personal experiences regarding FGM, but also talk about problems and concerns in their daily lifes.

So far, the organisation has reached over one million people in Burkina Faso. Since the foundation of Association Bangr Nooma (ABN), more than 33.000 girls have been saved from genital mutilation.

Support Association Bangr Nooma with a one-time donation or contribute regularly and become a sponsor!

You can also donate to the following account, using the keyword “Burkina Faso” as a reference for your payment: