For over 30 years, international cooperation has been an essential part of TERRE DES FEMMES’ commitment. We currently maintain partnerships with seven women’s initiatives and local grassroots organizations all over the world.

Joining forces for a life free of violence 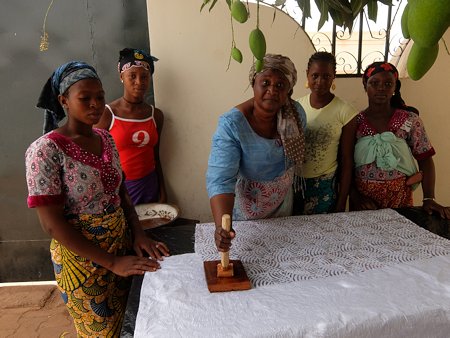 © TERRE DES FEMMESBy supporting our partner organizations and developing joint projects we aim at overcoming and eradicating misogynistic structures and strengthening women’s rights. We fight against women’s rights violations, such as female genital mutilation (FGM), early and forced marriage, trafficking in women, prostitution and all (other) forms of gender-specific violence, e.g. femicides or “honor” killings. Furthermore, we promote equal access to education and career options for girls and women. The goal of our work is women’s equal and self-determined participation in societies worldwide.

Transparency and cooperation based on equality and trust guide our partnerships, which are characterized by regular contact and annual visits to the partner organizations. Through this close, needs-based collaboration, we ensure the success and sustainability of our cooperation projects.

Gender inequality as a structural cause of poverty and violence remains largely unrecognized, and as such is inadequately considered in development discourses and policies. This also holds true for debates on the Agenda 2030, a catalogue of 17 Sustainable Development Goals (SDGs), adopted in 2015 by the General Assembly of the United Nations and applicable in all 193 member states. The declaration and especially Goal 5: Achieve gender equality and empower all women and girls obliges the member states to fight for gender equality and combat violence against girls and women. However, good intentions must be followed by concrete actions if the objectives are to be achieved.

While the UN Sustainable Development Goals Report 2019 (pdf-file) states that the world has changed for the better as e.g. the proportion of women in parliaments and leadership positions has increased, it also confirms that discriminatory laws and social norms as well as harmful traditional practices and other forms of violence remain widespread. According to the Civil Society Atlas 2020 (pdf-file) by Bread for the World and CIVICUS, women who stand up for women's rights pay a particularly high price for their political and social commitment. At the same time, the increasingly backward-looking gender policies applied in many parts of the world make it difficult for feminist activists to protect and defend themselves against these attacks. From TDF’s point of view, current development strategies targeting global equality should focus on strengthening women’s rights, improving women’s access to resources, and promoting women’s self-determination and participation. It is crucial to support local grassroots organizations run by women through self-help-oriented collaborations. Gender equality is an essential pre-condition for sustainable development. 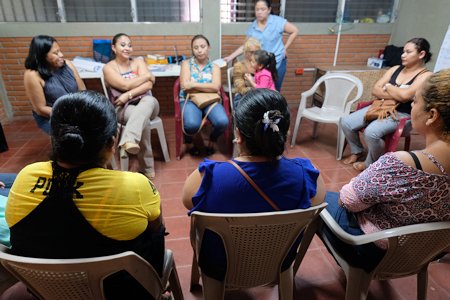 © TERRE DES FEMMESAll over the world, women are exposed to discriminatory structures and obstructed from the full enjoyment of basic human rights. Due to patriarchal patterns, gender discriminatory religious rules and traditionally rooted social practices, women struggle for their freedom and development. Very often, women’s opportunities, education, and very existence are compromised under this pretext. Violence against women continues to be a problem of global dimensions:

By means of international cooperation, TDF seeks to improve the situation of women and girls who are exposed to poverty and gender-based violence so they can live in peace, dignity, and safety. In order to strengthen gender justice worldwide and reduce patriarchal discrimination, women must be supported to take an active role in decision-making and have access to rights and resources. 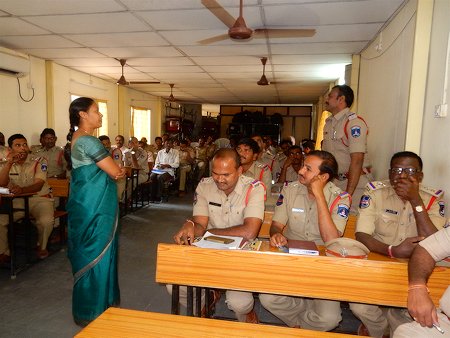 © BHUMIKA Women's Collective TDF has fought for women’s rights at the national and international levels since its founding in 1981. Building on the voluntary work and long-standing contacts of the TDF members’ network, the Department for International Cooperation was established in September 2012 at the TDF headquarters in Berlin. To this day, members of TDF actively shape the cooperation with our partner organizations as voluntary project coordinators. The main tasks include project development, public relations, fundraising and fund acquisition in Germany. To TDF, networking with other women's rights organizations and activists worldwide is crucial to sustainably achieve the goal of a non-violent, equal, and self-determined life for all women.

Some of our long-term projects include:

Our commitment is based on the achievements of the international women's movement, which were reflected in the Beijing Platform for Action of the Fourth World Conference on Women (1995) (pdf-file). Another orientation framework is the Agenda 2030. In order to effectively achieve these goals, the Generation Equality: Realize women's rights - for an equal future campaign was launched in 2020. UN Women is responsible for implementing the claims that six Action Coalitions will define. In addition, we are closely monitoring the ratification of the UN Convention on the Elimination of All Forms of Discrimination against Women (CEDAW).